Why Cyber Security Is Still So Complex 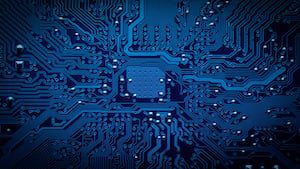 Consumers, businesses, and entire systems all over the world are under threat on a daily basis. Valuable personal and financial information is exposed and ready for the taking. Simple tasks like using a credit card, a phone, or a computer provide an opportunity to take our money, our identities, and your ways of life.

As the world evolved and became more technological, attacks evolved along with the new developments.

When humans learned to domesticate animals and grow food, larger settlements were established and societies started to flourish in multiple locations across the world. Sedentary societies then placed value not only in food and clothing, but in things such as cattle, crops, land, houses, and machinery. Commerce was created, value was placed on a new concept - money. Goods were then exchanged for precious metals such as gold, silver, and bronze in the form of coins and paper money years later. The value of money prompted societies to create impenetrable fortresses and sophisticated vaults to keep valuables away from the hands of criminals.  As societies became more complex, both crime and remediation efforts evolved along with them. Before the rise of computers, trasspasses were much easier to prevent. All we had to do was keep a door locked. The internet has given a new window to climb through for digital assets.

This tells us that security has also evolved alongside attacks to give rise to holistic security. Today, digital assets have the highest value. Our neighborhood is now the entire globe. In response to this new type of cyber criminal, organizations have developed an equally evolved security system.

Because of our daily interaction with connected devices, computers, smartphones, and tablets, it’s important that everyone - from the CEO and software developers to suppliers and employees - to be aware. Everyone can play an important part in keeping information safe.

Ransomware has become a headache for businesses and individuals alike. This type of attack can hold data hostage via encryption, which is the process of converting data into unreadable code to prevent access, until the victim pays a large amount of money to get the description keys. Organizations can fall victim to ransomware through drive-by downloads and phishing emails. Millions of people around the world reported encounters with ransomware..

While attackers are finding new, innovative ways to threaten the security of an organization, holistic and complete security will give enterprises a chance to fight against any attack and protect their data.

Everyone in the company should have the following questions in mind:

CEOs - How secure is your company? What risks are you exposed to?

Technical Teams - How can you make data easy and accessible to your team without compromising security?

Product Owners - At what stage do you integrate security?

Employees - What is your role in cybersecurity? What can you do to protect your company’s data?

It’s important for cybersecurity to be a company-wide approach - a combination of people, processes and tools. Organizations should develop security operation centers, which are intelligence-led and are focused on creating high-level defense, cyber hygiene, education, and awareness.

The goal? To stress-test your systems, identify, contain and remediate the negative impact fast.

The post 'Why Cyber Security Is Still So Complex' was first published on Forbes.com written by Elena Kvochko